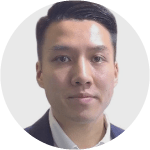 In the age of social media and digital commerce, a picture is worth a thousand likes... and shares, and even a thousand sales. Join us for a live webinar to get actionable advice and tips on how to use images and videos to sell more diamonds and jewelry.

By supplying your contact information on the following registration page, you authorize us to contact and promote our services to you on and across different services, websites and apps in accordance with our Privacy Policy. 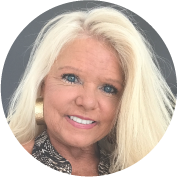 Unable to attend? Sign up anyway and we’ll send you the recording

In the webinar you'll learn:

Rocky Yu creates meaningful relationships with jewelers and empowers them by turning them into efficient and effective photographers without the huge time investment and fancy equipment.

Coming from an engineering background, he is able to offer an unorthodox approach to problem-solving and innovating ways to help solve the industry-wide issue of jewelry photography.

Sherri Hendricks is the Vice President of Operations for the Rapaport US operations, and she also manages the US customer service team.

She graduated in 1998 with a Bachelor of Science Degree (BA) in Business Administration with a major in Marketing.

She began her professional career at the American Gem Society as a marketing coordinator until 2004. Following that, she joined the Rapaport Group where she started as a customer service representative, and eventually became the office manager for the Las Vegas location. In 2008 she was made the VP of Operations overseeing much of the US operations for different divisions of Rapaport.